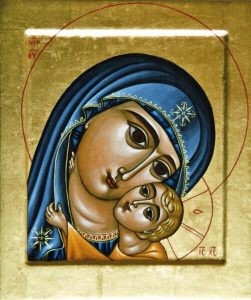 This First of all I will send to all of you the best wishes for 2015. At the end of January, we were faced with a terrible attack in Paris, an attack against the freedom of opinion. My father taught me that true liberty listens to the law. You have to be cautious when you know that the expression of your freedom of opinion will make upset millions of people..

The cradle of Christianity stood in the Middle East, the large development of Christianity was in Europe. Life, social relations, jurisdiction and society in Europe , all of them were impregnated with the Christian doctrine and way of life. Throughout the centuries this was leading to ups and downs. The Church has always been resilient, even after the enormous disaster of the second world war. But since the years sixty the Catholic Church, especially in Northern and Western Europe is showing a downward trend, by reasons outside and inside the Church. The role of the Churches have become marginal, the voice of the Churches is hardly heard, while we need in this time a powerful beacon against many worrying influences.

FEAMC needs challenges, as to Europe, as to medicine, as to the Church. We need new members, new enthusiasm, new attractiveness. One of the most important conditions therefore is a better irradiation of our Church in our countries by a fresh, updated theology, symbolism belonging to the 21st century an inspiring leadership and more emphasis on spirituality.

A sign of hope, not only for Catholics, is pope Francis. Even agnostic Dutch people appreciate his way of acting and leadership. In the meantime we have to continue as well as possible.

A happy, prosperous 2015 in good health.